CAN AN UNSUCCESSFUL TENDERER CLAIM DAMAGES FOR LOSS OF PROFITS?

The Supreme Court of Appeal had to recently consider whether an unsuccessful tenderer could claim damages for loss of profits as a result of an Organ of State’s breach of its constitutional duties. The tender concerned the award of a contract to a joint venture in 2010 for the Nsami Water Treatment
Works in Guyani.

Esorfranki Pipelines contended that the Municipality had deliberately manipulated the selection process to advantage a tenderer that did not meet the tender requirements and that the award of the tender was dishonest and fraudulent.

The matter had a long and frustrating litigation history for Esorfranki, who initially brought an urgent application in Pretoria to interdict the implementation of the award and the Court later granted a consent order setting aside the award of the tender and directing that the tender be re-adjudicated.

The following year the tender bids were re-adjudicated and the Municipality awarded the contract to the same joint venture. Once again Esorfranki commenced an urgent application to interdict implementation of the award pending a review.

Despite the Court granting an interim order interdicting the Municipality from implementing the contract, the Municipality brought an application for leave to appeal the order. All the while the successful tenderer proceeded with the works.

Esorfranki returned to Court for a second application to stay the implementation of the contract and a further interim order was granted.

The works still continued and Esorfranki was forced to bring a third interdict application which was again granted. The Court also dismissed the application for leave to appeal which resulted in the Municipality petitioning the Supreme Court of Appeal and later the Constitutional Court.

Because of the pending appeals the Municipality continued to implement the contract.

Ultimately the judgment in the review application was delivered 18 months later and the tender process was declared illegal and invalid and was set aside.

A further appeal followed and a further 18 months later the Municipality was additionally ordered to approach the Department of Water Affairs to determine the state of the construction and required remedial works and to prepare and publish a tender for this work.

Esorfranki submitted a bid for the completion tender but was not awarded the contract.

Esorfranki then instituted an action for damages against the Municipality, which proceeded to trial approximately 3 years later.

At trial neither party led any additional evidence beyond introducing the affidavits in the review application.

The Court had to analyse the requirements for a delictual claim:

(a) A wrongful act or omission;
(b) Fault – negligence or intention;
(c) Causation;
(d) Damages including pure economic loss.

The High Court dismissed Esorfranki’s action because it determined that Esorfranki had to demonstrate that it would have been the successful bidder and this was not the finding of the Review Court.

The Court also found that because Esorfranki had another opportunity to submit a bid in the completion tender and was unsuccessful, this interrupted the issue of legal causation.

The Court was split 3 to 2 with the majority ruling against Esorfranki.

The Court considered the principle of res judicata – in so far as it was argued that the Review Court had not found that Esorfranki was the successful bidder.

The majority of four Judges concluded that the Trial Court had not made a finding that Esorfranki was not or would not have been the successful bidder. It simply ruled that the tender process and the consequent contract was tainted by dishonesty and fraud.

In regard to causation the Court analysed whether there was a novus actus interveniens. This occurs where the impugned conduct is the initial cause of the harm but there is an intervening act which materially reduces the extent of the harm suffered. This potentially limits liability and policy consideration of reasonableness justice and equity dictate the consequence of the conduct cannot be imputed to the wrongdoer.

A large portion of the tender works had been complete and despite Esorfranki arguing that the completion tender was not the same as the original tender, the majority found that the decision to require a new tender process interrupted the chain of causation in relation to the original loss suffered by Esorfranki.

The minority judgment found that the Court’s just and equitable order could not be construed as interrupting the chain of causation in relation to the loss suffered by Esorfranki.

The Court also considered whether legal causation had been proved. Was the loss suffered sufficiently closely connected to the act or omission causing harm?

The Court had to analyse the nature of the wrongful and unlawful conduct on the part of the Municipality and consider questions of legal or public policy.

The Supreme Court of Appeal had found in Steenkamp N.O. vs Provincial Tender Board of the Eastern Cape 2007 that administrative conduct involving a negligent breach of a statutory duty would as a matter of public policy be immune from damages claims.

In Minister of Finance vs Gore the Supreme Court of Appeal had found that:

“Where there is deliberate dishonest conduct of officials, the cost to the public of exempting a fraudulent perpetrator from liability for fraud would be too high”.

The Court was split 3 to 2 and the majority found that no direct finding of fraud was made against the Municipality and therefore liability should not be imposed.

The dissenting Judges found that the Municipality acted in bad faith, with an ulterior purpose and fraudulently and resolved to frustrate Esorfranki at every turn with its litigation strategy. It found its conduct was the antithesis of what should be expected from an Organ of State.

The case deals with important public policy considerations as to whether the State should be liable for damages to unsuccessful tenderers where the State has breached its constitutional obligations and been guilty of fraudulent or dishonest conduct.

Esorfranki have sought leave to appeal to the Constitutional Court and it is likely that this may not be the final word on the subject. 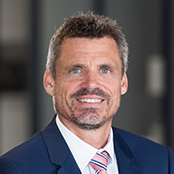 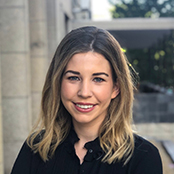