The surge of civil unrest and public disorder in Gauteng and Kwazulu-Natal since Monday 12 July 2021, and the consequent destruction of property, has brought the issue of Sasria (South African Special Risks Insurance Association) insurance cover sharply into focus.

In 1979, and in response to increased incidents of damage to property arising out of politically motivated acts and  political riots, Sasria was incorporated as a ‘not for gain’ association under s 21 of the 1973 Companies Act. The State was its sole shareholder. In 1989, the perils insured by Sasria were extended to include damage to property caused by non-political riots, strikes and labour disturbances. In 1999, Sasria was converted into a public company, known as Sasria Limited, with the South African Government remaining the sole shareholder.

With regard to present circumstances, the most relevant perils insured under Sasria are quoted below:

“Loss of or damage to the property insured directly related to or caused by:

(i) any act, whether on behalf of any organisation, body or person or group of persons calculated or directed to overthrow or influence any State or Government or any provincial, local or tribal authority by force, or by means of fear, terrorism or violence;

(ii) any act which is calculated or directed to bring about loss or damage in order to further any political aim, objective or cause, or to bring about any social or economic change, or in protest against any State or Government, or any provincial, local or tribal authority or for the purpose of inspiring fear in the public or any section thereof;

(v) the act of any lawfully established authority in controlling, preventing or supressing or in any other way dealing with any occurrence referred to in clause (i), (ii), (iii) or (iv) above.

In respect of the treatment of Sasria policies by our courts, surprisingly, only a few case authorities dealing with Sasria coverage issues exist.

In the case of Sasria v Elwyn Investments (Pty) Ltd, the Court had to determine what type of conduct would constitute strikes or riots or public disorder under a Sasria policy. The court resolved that there would need to be a large number of people acting unlawfully, violently, threatening violence or disturbance of the public peace by violence and tumult or strife. The phrase “public disorder” was deemed to include civil commotion, labour disturbances and lockouts.

“‘riot’, ‘public disorder’ and ‘civil commotion’ clearly indicate large-scale public upheavals, and ‘labour disturbances’ and ‘lockouts’ which are ‘deemed’ to be included under the terms ‘public disorder’ probably also entail an element of public behaviour or misbehaviour.”

Regarding these concepts, Sasria itself has commented as follows:

“Civil commotion can be defined as an outbreak of lawlessness of a fairly considerable scale amongst the citizens of the state and is interpreted by the courts to mean something between a riot and total insurrection. By implication, public disorder is something of a greater nature than civil commotion. Public disorder, therefore, should be taken to mean an outbreak of lawlessness amongst the citizens of a state, and is something of a greater degree than of a riot and of a lesser degree than anarchy.”

Affected insureds must be cautious of the Standard S.A.I.A (South African Insurance Association) Exceptions, which are generally included in the underlying policies, and which exclude cover for loss of or damage to property related to or caused by those risks effectively covered under Sasria policies. The effect of these exclusions is that insureds may not be able to rely on their underlying policy covering fire, theft or damage to property or goods.

Our preliminary view is that what has occurred, generally speaking, amounts to civil commotion and public disorder – falling at least within (iii) of the Sasria perils.

It would therefore appear to be that claims for loss of or damage to property arising out of the civil unrest will probably not be covered by the underlying policy issued by private insurers if the Standard S.A.I.A. Exceptions apply but will probably be covered under the Sasria policy. Ultimately, however, each policy will turn on its own terms and conditions and advice in respect of specific claims should be sought on the basis of the merits of such claims and applicable policy terms and conditions.

As a final word, we truly hope that you and your families are safe and well during this difficult and uncertain time for our country. We are positive that we will all pull through this and once again show the resilience of our nation. 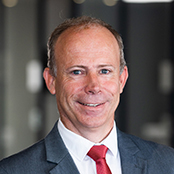