01 May 2021 | Empowerment and Transformation

A great deal of good has been achieved by these organisations. These broad-based ownership structures have distributed significant sums to their shareholders and beneficiaries. Because of the broad-based nature of the investment vehicle, they have been instrumental in delivering empowerment to many stakeholders.

The B-BBEE Codes of Good Practice, from inception, recognised trusts of this nature as being compliant with the Codes and a valid form of empowerment. Many structures were put in place which stipulated that a class of black people would be the beneficiaries. Wiphold is probably the most well-known. It was established in 1994 and has provided a broad-based structure benefiting black women. The Wiphold NGO Trust expanded Wiphold’s support to more than 200 000 beneficiaries across South Africa.

The Codes set out various criteria which must be met by a BEE Trust. These include:

Thus, for example, a trust established for the benefit of black female students that matriculate in Gauteng Province was acceptable and it was not necessary to go further to identify the actual beneficiaries. That could be left to the trustees.

In regard to employee structures, it was not necessary to vest shares in the employees but rather to provide in a trust that the employees generally, from time to time, would be the beneficiaries and then provide for a formula in terms of which their interest would be distributed. Employee trusts could stipulate that employees each receive an equal benefit or that the benefit be based upon years’ service or the income band of the employee.

These structures were extremely popular because the employees never actually received the shares in the company but rather received an additional distribution by virtue of being a beneficiary in the scheme which distribution was calculated in accordance with the formula. Employees could receive an annual distribution based upon the success or performance of the company.

Zodwa Ntuli, who was appointed when the BEE Commission was set up, made a point of questioning the status of broad-based empowerment schemes, arguing that they are not genuine black owners. Although, in abstract, she makes a coherent argument, this is not what the Codes stipulate and many of the broad-based ownership schemes provide significant benefits to ordinary people.

Many of the early schemes, created shortly after 1994, sought to leverage the new-found desire of corporate South Africa to diversify ownership to invest in wealth generating companies for the good of the poor and working class.

The BEE Act and Codes do not insist, as the Commissioner did, that the beneficiaries must also behave as shareholders because, in many cases, this is simply not possible.

It was up to Minister Patel, the Minister of Trade, Industry and Competition, to set the record straight and clarify the status of broad-based schemes.

All of this uncertainty has now been clarified by a practice note which has been issued by Minister Patel, dated 17 May 2021. The practice note now ensures that structures which have been established in accordance with the Codes will be fully recognised and that the interpretation placed on the Codes by the BEE Commission is not the correct legal interpretation.

This is welcome news. It removes the uncertainty which was created about many schemes that were put in place several years ago and allows new schemes to be established which provide, as beneficiaries, a class or group of persons, as opposed to individuals. It means that employee, community and charitable structures may be effectively used, going forward, in BEE transactions.

Compliance with the Codes is the important factor and it is not necessary to adjust structures so as to deal with the subjective requirements of the BEE Commission. The practice note provides a useful guideline as to what is permissible and the clarification is to be welcomed. 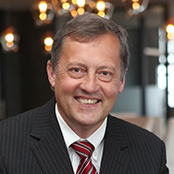