A. INTRODUCTION
The Minister of Finance announced further Exchange Control reforms during his 2020 Medium Term Budget Policy Statement on 28 October 2020.

The approval process in respect of the inward listing of all instruments on a South African exchange remains extant.

C. LOOP STRUCTURES FOR FOREIGN DIRECT INVESTMENT PURPOSES
Whilst the Minister of Finance announced that the full “Loop Structure” restriction has been lifted to encourage inward investments into South Africa, subject to reporting to the Financial Surveillance Department as and when the transaction is finalized, this reform will only be effective as from 1 January 2021 for companies, including private equity funds, provided that the entity is a tax resident in South Africa.

An Exchange Control Circular dealing with the lifting of these restrictions will be issued in due course. 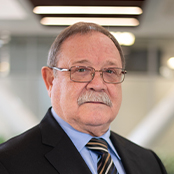