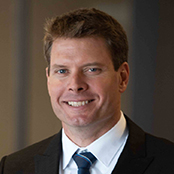 Andrew completed his LLB degree through UNISA in June 2019, studying part-time.  However, he initially obtained his BSc in Civil Engineering from the University of Kwa-Zulu Natal in 2005 and had been practicing as an Engineer since then.  During this time he registered as a Professional Engineer through ECSA (the Engineering Council of South Africa) in 2013.  Throughout the 14 years of his Engineering career, Andrew worked in construction and consulting, as well as in both the private and public sectors.  He will be combining his qualifications and work experience to ultimately specialise in Engineering and Construction Law.  Andrew joined Cox Yeats as a Candidate Attorney in 2020, and will be serving his articles as a member of the Construction, Engineering and Infrastructure team.